According to the World Health Organization (WHO), mortality due to non-communicable diseases (NCDs) accounts for 53% of deaths in India. Among these NCDs, diabetes – a condition characterized by high levels of blood sugar is one of the major contributors. India is already ranked to be one of the top contenders in harboring a high populace of affected; fast racing to even become the diabetes capital of the world.

As per estimations, the pervasiveness of diabetes in the world is expected to rise considerably with India single-handedly housing up to 79.4 million affected individuals by 2030. In spite of diabetes becoming a big healthcare burden the population accessing preventive healthcare checks remains comparatively less. What adds to the scare is the disease could lie silent without stark symptoms and if missed diagnosing in time can rise to a killer extent.

Though, touted to be a killer disease, diabetes can be prevented with simple lifestyle & dietary modifications. Let us have a look at a few popular well-proven mantras for the same.

1. Check your Sugar levels: Diabetes can be asymptomatic and many people are unaware of it. However, everybody should get tested irrespective of their age or risk factor. Also, people should opt for preventive health checkups to keep a tab on susceptibility to other related conditions.

2. Maintain body weight: Obesity and being overweight can disturb insulin secretion which can, in turn, lead to type 2 diabetes. However, losing just 5% of your extra body weight can reduce the risk considerably.

5. Limit your alcohol intake: Moderate drinking can benefit your health, but too much alcohol consumption can lead to weight gain which ultimately increases diabetes risk.

6. Quit smoking: The chances of developing diabetes are doubled in smokers as compared to non-smokers. If you are following other preventive measures, the positive impact of them on your health cannot be seen if you still smoke.

7. Avoid processed foods: Fast foods are usually high in fats, calories, and salt content. Fried or oily foods should be skipped and instead opt for healthy replacements at restaurants or cook for yourself.

8. Spice up your taste: Certain spices can reduce the risk of developing diabetes. Cinnamon is one that can improve glucose metabolism. Supplementing other foods with cinnamon can help to reduce blood sugar levels.

9. Avoid sugary drinks & instead indulge in sipping coffee or tea: Drinking sugary beverages increases the chances of diabetes as they have high glycemic content. Instead drink more water, coffee, or tea. This aids to metabolize the sugar and regulating insulin secretion.

10. Get sound sleep: 7 to 8 hours of sleep a day is a must to prevent diabetes risk. Adequate sleep will minimize cravings for high-calorie junk and maintain energy levels during the day. Sleeping for less than 5 hours can increase your risk for diabetes.
For more information, visit 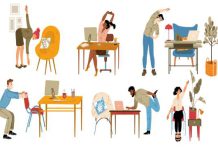 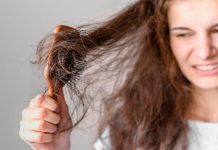 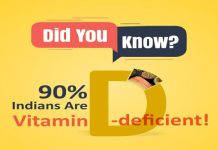