Air Pollution can cause Diabetes?

India may be lagging behind World’s developed countries on economic indicators but surely has outsmarted them in global issues like environmental degradation, population explosion and environmental pollution, to name a few. And just when the Indian populace began to understand the gravity of this serious issue; along with the existing health concerns that result upon inhaling polluted air, it is also known to kick off the disease widely perceived as something caused upon excessive intake of sweet foods- Diabetes.

Diabetes, a group of diseases wherein your blood glucose levels shoot up due to body’s inability to use or produce insulin, a hormone required to maintain the blood glucose levels from going too high or too low. Our understanding on causes of diabetes is limited to lack of physical activity or unhealthy dietary choices, and has remained rather rudimentary on environmental causes of diabetes. Yes, surprising connection indeed but recent reports have revealed that breathing polluted air also increase the risk factors for this sweet-killer epidemic widely prevalent in our country.

The quality of air we breathe has deteriorated so badly that 13 Indian cities including our national capital has been listed in the top 20 most polluted cities in the world. The polluted air we breathe, undoubtedly poses health concerns and its grave impact is seen on an average Indian’s life with decreased life expectancy as compared to those living in non-polluted areas. Such is the impact of rising toxins in air, that a 2012’s Lancet’s study classified air pollution to be the sixth biggest killer in India taking an approximate toll of 66 million annually.

Air not only contains oxygen, but is a mixture of other gases too like nitrogen and CO2, etc. However along with these, polluted air contains toxic elements, particulate matter, and other harmful gases too. When these air pollutants enter our body upon inhalation, they cause low grade inflammation in insulin responsive organs via a chain reaction, which makes it difficult for our body to process blood sugar, thus impairing glucose metabolism. This spikes up the levels of blood sugar, cholesterol, thereby causing insulin resistance due to oxidative stress. The impairment of insulin signaling upon prolonged exposure to polluted air increases the risk of diabetes mellitus significantly.

Air pollution can’t be elevated in a day and requires serious efforts everyday, as its not only the government’s responsibility, but also of the general public who can take little steps on a day-to-day basis to reduce it to save the environment and improve protection of human health. Prior knowledge of the presence as well as the levels of toxic elements in your blood, will not only provide ample time to bring them under control or alleviate them completely, but also aid in preventing future complications like diabetes, cardiometabolic disorders, etc. Air pollution can’t be prevented but the hormone levels it disrupts, and medical conditions it fuels up, can be prevented if irregularities in their individual biomarker levels are known in advance. In this era of smartphones, when preventive healthcare is just at your fingertips, screening for diabetes and toxic elemental profile is just a click away. Remember, the air you breathe can also become the slowest form of poison, so make your health a priority today, get yourself tested! 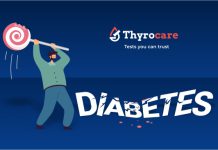 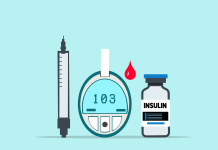 Importance of Insulin in Health and Disease 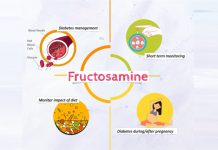 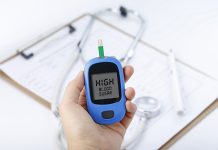 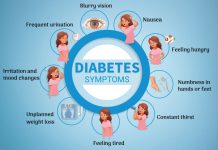 Signs and Symptoms of Diabetes Mellitus